How it starts, differs from person to person. Moreover, one form of dementia isn´t the same as another. But memory problems are often one of the first symptoms that something is wrong. And from this forgetfulness things can evolve to confusion and delirium in case of dementia. What do the elderly experience then? What is the best way for you to deal with it? And how do you create the proper living environment for these people?

Confusion and delirium in elderly individuals suffering from dementia

Confusion in elderly individuals with dementia is a vast subject, far too much to deal with all of it here. But anyone who has (incipient) dementia will, for example, have reduced orientation in time and space, so your resident might forget once in a while where he is and how he got there.

Often the behaviour of someone who is demented changes as well. The person might become confused and suspicious. This confusion can further increase in the elderly, with a greater chance of delusions and hallucinations.

A person suffering from a delusion is convinced of something that is not true. For example, elderly individuals with confusion believe that their wallet has been stolen. Or that someone on television is speaking directly to them. Or that you are a doppelgänger. They can recognise persons, animals and objects, but not identify them.

If the confusion of the elderly manifests itself in the form of hallucinations, then they see or smell things that are not there. These can be beautiful images and experiences, but they can just as easily be terrifying monsters. Or they hear voices in their head.

The confusion can also increase suddenly and result in delirium. Elderly individuals suffering from dementia then see, for example, things that aren´t there, and react to them with fear or anxiety. Or they go into complete shutdown and scarcely respond to stimuli at all.

An episode of dementia-related delirium can last from a period of hours to days, with the symptoms changing throughout the day. Generally they get worse in the evenings and at night.

How do you deal with elderly people suffering from confusion?

Dealing effectively with delusions and hallucinations can be difficult. What in any case makes no sense is trying to contradict or deny what the elderly believe they are seeing, hearing or thinking. Because, for them, that is the reality.

Instead, try to enter into their experiential world, recognise the feelings and give a possible explanation that sounds logical for the elderly with confusion. If the hallucination is a nice one, show an interest in it.

Naturally, you will also call on the general practitioner or a specialist for assistance. Moreover, delusions, hallucinations and delirium don´t occur only with dementia. The reason for them can also lie elsewhere.

What do you do in case of delirium?

You certainly must always call in a doctor. In the meantime, you should do whatever you can to stop the person from becoming even more confused. Posing simple questions, check whether the elderly individual knows who you are and where he is. If not, explain that calmly, briefly and clearly. Further, make the environment calm and relaxed, and be sure to provide their eyeglasses or hearing aid, so that he or she can focus better.

In this case, in general it’s better not to go along with the delusional ideas or hallucinations. Do not contradict the elderly person suffering from this acute confusion, but make it clear that you perceive things differently - unless what the person is experiencing is actually calming to him or her, in which case you should just go with it.

Create an environment that counters this confusion

When we discussed dementia-related delirium, we already noted how important a calm environment is in such a case. In addition, the living environment in which the elderly reside must serve to limit their confusion as much as possible.

The unique advanced light management system LynX® lifeline helps creates such an environment. For example, by pointing out to the elderly in their confusion the path to the safe room or help in the nursing station, which is more brightly lit than the hallway in the direction of the exit - or in the direction of the stairs, where the resident might fall.

In addition, the Bluetooth in the lighting of LynX® lifeline makes it possible to locate and follow seniors throughout the building. In this way you can get there quickly if elderly people suffering from dementia nevertheless leave the safe zone and the ensuing confusion (delusions, delirium ...) plays too many tricks on them. 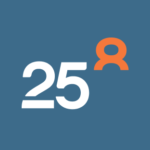